Hello and welcome to the consulting room of your least favourite condescending bloviator, Break String SpinFreud (or, considering I have no relevant qualifications or professional accreditation, perhaps that should be Break String SpinFraud1). 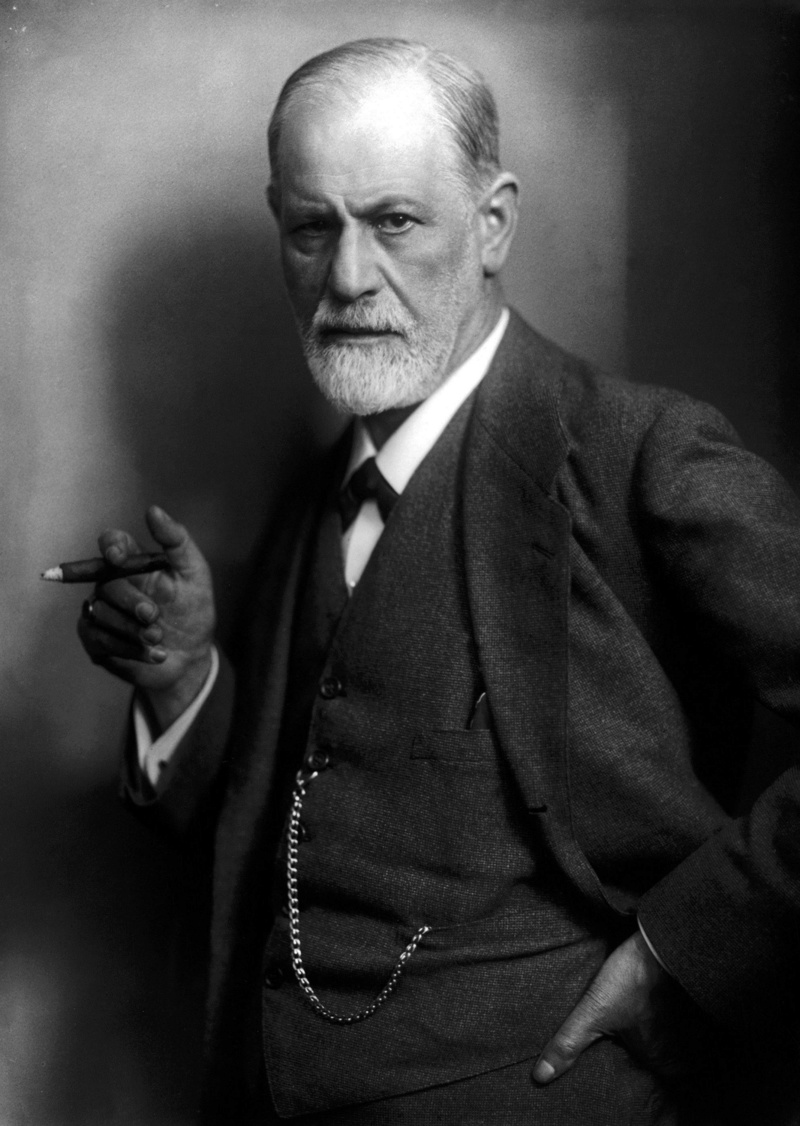 Cockney rhyming slang for something unpleasant.

Today, I would like to ramble on at length about the "yandere" archetype in anime. The yandere is something of a Japanese version of the classical Hollywood "bunny boiler," characters, especially female characters, who react badly to being abandoned (or perceived to be being abandoned) by another character.

These lagomorph abusers have been identified as depicting exaggerated traits associated with the psychiatric disorder known as Borderline Personality Disorder (BPD). BPD can be a debilitating affliction, primarily affecting a sufferer's ability to maintain stable relationships. The outlook can be especially bleak, with a tragically large percentage - up to 10% - of sufferers taking their own lives.

As the theme is yandere, most of this article will focus on Shiho, with a brief look at Shizuru.

Please note that this is not meant in any detrimental sense to people suffering from or affected by BPD or any other health condition. If anything, I hope to raise awareness of BPD & the thought processes associated with the disorder.

BPD is defined in the American Psychiatric Association's Diagnostic & Statistical Manual of Mental Disorders (the latest revision, being the fifth, goes by DSM-52) as one of ten specific personality disorders. DSM-5 lists the following general characteristics which define a personality disorder: -

DSM-5 wrote:A. An enduring pattern of inner experience and behavior that deviates markedly from the expectations of the individual’s culture. This pattern is manifested in two (or more) of
the following areas:
1. Cognition (i.e., ways of perceiving and interpreting self, other people, and events).
2. Affectivity (i.e., the range, intensity, lability, and appropriateness of emotional response).
3. Interpersonal functioning.
4. Impulse control.
B. The enduring pattern is inflexible and pervasive across a broad range of personal and social situations.
C. The enduring pattern leads to clinically significant distress or impairment in social, occupational, or other important areas of functioning.
D. The pattern is stable and of long duration, and its onset can be traced back at least to adolescence or early adulthood.
E. The enduring pattern is not better explained as a manifestation or consequence of another mental disorder.
F. The enduring pattern is not attributable to the physiological effects of a substance (e.g., a drug of abuse, a medication) or another medical condition (e.g., head trauma).

BPD is diagnosed when five or more of the following symptoms are in evidence: -

DSM-5 wrote:A pervasive pattern of instability of interpersonal relationships, self-image, and affects, and marked impulsivity, beginning by early adulthood and present in a variety of contexts, as indicated by five (or more) of the following:

"Houston," as the Hollywood-based astronaut Tom Hanks once said, "we have a problem." Shiho is a bit on the young side to have a BPD diagnosis under the DSM-5 criteria. Nonetheless, it may be germane to continue comparing & contrasting the course of Shiho's HiME Carnival with features of BPD. There is definitely a degree of crossover.

Probably the defining feature of Shiho in the series is her overweening relationship with Tate. She is preoccupied with him to a completely unreasonable extent and certainly uses manipulation in order to avoid being abandoned by him, most notably after her hospitalisation, during which she exaggerates the severity of her condition when Yuuichi is present as a means to keep him close and diminish the chances of his interacting with Mai, the wellspring of Shiho's anxieties. Whilst Tate is gravely worried by the possibility that Shiho may never walk again, she is able to knit a scarf for him. It's also likely that she won the battle with the Searrs Orphan during which she sustained her injuries: her HiME powers apparently remained undiscovered.

Though people suffering from BPD often veer from relationship to relationship, sabotaging each in turn, Shiho's affection for Yuuichi is of long standing. One particular feature of relationships involving BPD suffering is "splitting3," whereby their feelings towards significant people or things in their lives rapidly cycle between utter adoration and dismissive disdain4, so that a significant other can be seen as the most wonderful thing ever created one moment, only to become the object of hatred and anger as a result of something which makes the BPD sufferer believe there's a possibility of abandonment (which could be something as mundane as someone being a few minutes late for a prearranged meeting or something along those lines).

In Shiho's case, there's little evidence that she applies splitting in her relationship with Yuuichi (she is visibly unhappy with him at the start of episode 14, though, given the circumstances, it's perfectly understandable). Instead, I suspect that she utilises projection: any bad feelings she would otherwise have for Yuuichi (and to some extent herself) come to be projected onto Mai, and Shiho's relationship with Mai does evidence splitting. Mai is alternatively the apple of Shiho's eye (for example when she gives Shiho's pursuit of Yuuichi her blessing), or else the devil incarnate, especially after episode 14.

It's also worth noting that some people with BPD can form intense interpersonal attachments very quickly. In Shiho's case, the primary example is Yuuichi. Though I'm extrapolating from a single flashback, my interpretation of her meeting with Yuuichi fits this pattern. Although Yuuichi probably saw a lonely girl and just wanted to be friendly as a means of giving her some comfort (say what you will about Tate, he always like to come across as a nice guy), his interest obviously meant a great deal to Shiho. Thus, whilst Yuuichi appears to think of her in the filial manner one would a younger sister, Shiho formed an intense longing for Yuuichi which pretty much defines her life thereafter.

In terms of Shiho's sense of self, one could argue that this is completely bound to her ideas of Yuuichi and her hopes for a future with him. There's little of the instability that characterises BPD. Instead, Shiho's excessive focus on Yuuichi resembles another personality disorder, Dependent Personality Disorder (DPD). In the explanation of this condition, DSM-5 states the following (emphasis mine): -

DSM-5 wrote:The essential feature of dependent personality disorder is a pervasive and excessive need to be taken care of that leads to submissive and clinging behavior and fears of separation.

In his discussion of BPD, Theodore Millon proposed a number of subtypes, one of which the Discouraged Subtype, has features of DPD: -

Though it may be due to her correctly identifying Mai as a threat to her desired Tate-coloured future, Shiho does exhibit any number of insecurities, extracting a promise from Mai not to stand in the way of Shiho & Yuuichi's relationship. She is also seen trying to psych herself up before her date with Yuuichi in 13, not very convincingly.

And inappropriate anger? Oh boy. The fact that she can astrally project herself whilst in the hospital as a means to attack Mai suggests that she is furious with the heroine on a cosmic level. The correlation between certain types of paranormal activity, such as poltergeists, with teenage girls and young women under extreme stress is the stuff of (urban) legend as no less a source than Mysterious Universe notes. Anger becomes her predominant emotion though cycles with others throughout the show, including hope and elation, all tied to the love triangle with Mai & Yuuichi.

Overall, though I conclude that Shiho is probably not depicted as suffering from BPD, there is some crossover.

On the other hand, Shizuru is perhaps old enough for a diagnosis, though she gives little evidence of suffering from any particular mental health condition (before the obvious). Indeed, Shizuru comes across as hypercompetent: she effortlessly (or with a dearth of effort) carries out her function. Even when she's in the throes of madness over Natsuki, she remains scarily capable. I mean, she systematically demolishes the ancient and powerful First District.

In a number of other ways, too, Shizuru contrasts with Shiho: whilst Shiho's primal memory is of Tate showing her attention when she really needed it, Shizuru is the bestower, rather than the recipient, of the initial boon in her relationship with Natsuki.

There are High-Functioning Borderlines who can cope with their condition and enjoy a relatively normal existence. However, there is little suggestion that Shizuru is such a person.

The precise nature of her Natsuki-based episode is, however, intriguing. It's not psychotic as psychosis implies a disconnect with reality. Shizuru's pathology is of a complete disinhibition, which suggests an atypical mood disorder, similar to a manic episode.

So, what do you lot think?
_____
1Footnotes? FOOTNOTES!??? How pleased with myself am I?
2The World Health Organisation's International Statistical Classification of Diseases and Related Health Problems (ICD-10) defines the condition as "emotionally unstable personality disorder," with two subtypes (implulsive and borderline).
3Shiho Huit's approach to other characters should also not be confused with splitting: her butter-wouldn't-melt public face is a mask hiding her resentful maki-maki-happy inner self, the worst-kept secret at Garderobe. This dissimulation marks her out as a played-for-laughs counterpart to Tomoe, who also seeks to present a friendly & helpful face in public whilst raging against those she preceives as threats to her worldview. Come to think of it, Tomoe would make an excellent case study...
4In terms of BPD sufferers' frequent intense feelings of anger towards important people and things, the condition may also feed into the "tsundere" archetype. In the "BPD" scenario, the tsundere's misgivings about the chances of having a successful, fulfilling relationship with the object of their ardour come to be expressed in terms of patterns of thought and action aimed at trivialising the relationship and alienating their beloved, thus, when the relationship eventually fails, it has become a self-fulfilling prophecy.