Ranma Saotome, a 16-year old Japanese boy with his father, Genma Saotome, travel to Bayankala Mountain Range in the Qinghai Province of China for their training journey. With their guide telling them that whoever falls into the sacred springs there will be transformed into a particular gender , thing or even an animal. Ranma falls into the cursed spring of the Drowned Girl which makes him to be a girl when he is poured with cold water while his father falls in a cursed spring of the Drowned Panda that makes him a panda when he is also poured with cold water. The only way for them to return to their original forms is to be splashed with hot water. 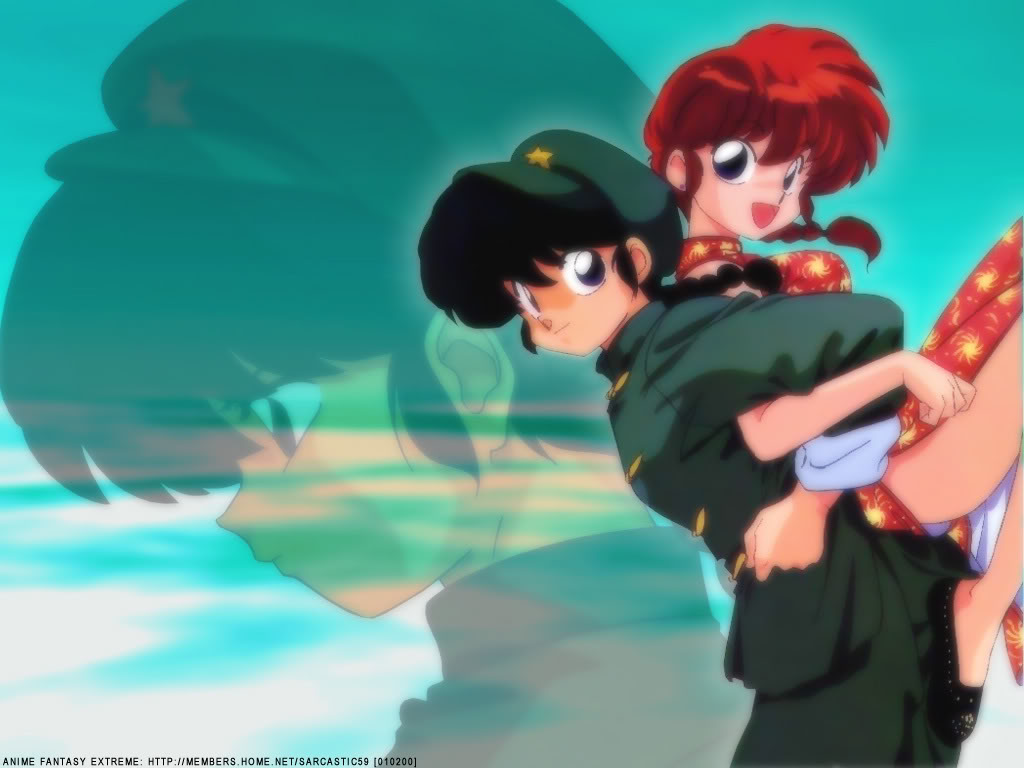 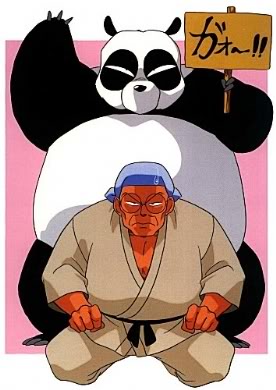 Genma has his friend, Soun Tendo and they made a contract long ago that their children would marry. Soun has Kasumi, Nabiki and Akane and he assigns Akane to marry Ranma so he (Ranma) could inherit the "Anything-Goes" School of Martial Arts. Both Akane and Ranma are of opposite attitudes that make them perfect.

Akane Tendo (the girl on the right): 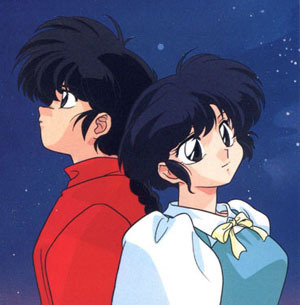 Along the story, a Chinese girl named Shampoo (yes, Shampoo) goes in search for Ranma. Akane refuses to give Ranma that results into a war between the two as who will get Ranma. Shampoo also fell into the sacred springs and fell into the cursed spring of the Drowned Cat. She turns into a cat when she is poured with cold water. 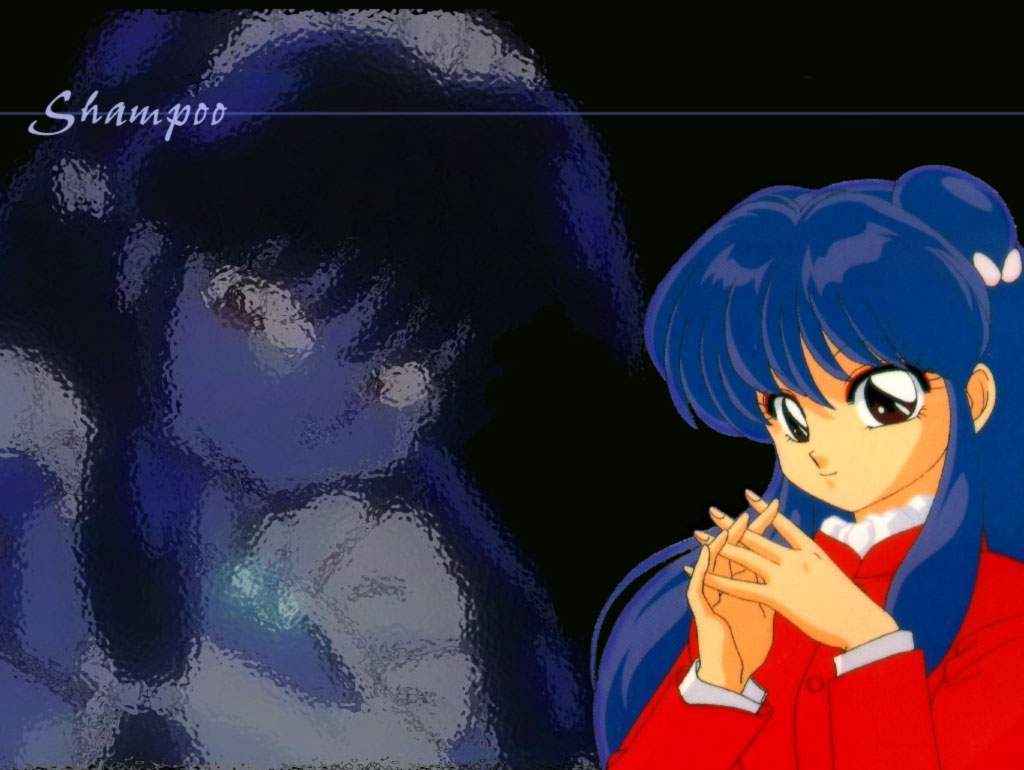 It is a funny anime series, however, it has some things that you shouldn't be seeing. When I first watched this, the network had to censor everything indecent for kids.

I liked the theme song a lot so here's for you:

((Might wanna fix those images Ruby-chan, we can see them!))

Ranma 1/2 is an instant classic from Rumiko Takahashi. Shampoo was one of my favorites characters many years ago! OMG! I discovered the series pretty early in South America (Peru to be exact) as opposed to the United States where expensive VHS were hard to find and the redubbed series on DVD didn't come until the 2000s. Ranma was a hilarious series when physical comedy worked in anime. Ranma along with another Rumiko classic, Urusei Yatsura (you haven't LIVED till you've seen Urusei Yatsura...and Lum-chan!), were like that. :D
_________________
Mai

I never won't forget Ranma 1/2. It was the very first manga I ever bought X) Since I hadn't had any clue about mangas I bought two of the 30 volumes, since I thought that they were the right ones to get to know what will happen next in the anime. But the anime was somewhere around the 13rd volume XDDD Well, I have all 38 volumes and I am proud about them : D

Ukyo became my favourite character when she first appeared. Before that happend it was Shampoo :3
"Shampoo gave me back my Shampoo!" : D

Shampoo is a great character for the series. I remembered when Shampoo followed Ranma (male) as a cat then Ranma (with all the cat traumas in his head) acted like one. Good thing Akane was there.

At first I can't see the pictures :3 nao I can.

Ahhh Ranma 1/2 Fond memories. Fond memories indeed. The strangest things happen when my mother decided to try to buy me manga. I'm serious. Volumes three and four were Easter gifts when I was in 7th grade because Female Ranma with her red hair was on the front. Never mind that my mother never actually paid attention to what was IN the manga, but it didn't matter. Here was a guy who turned into a girl, and a crazy-ass story that was hilarious! Still though-I'm a fan on the anime too, my dad ended up watching some of it with me and that was a wee bit awkward-not gonna lie. The Nudity was a sort of problem when he ended up seeing it with me-but it's all good. Tastefully done comedy with nudity is good! and Ranma pulls it off pretty damn well.

Biggest fan of Ryoga though-I mean, besides Ranma of course. Who can't love the poor guy> He's always caught in these awful predicaments and all he wants is Akane's attention. xD Poor P-chan. 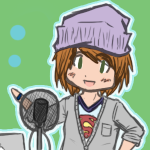 D'awww. P-chan. The pig whom Akane loved so much and the same pig whom Ranma hated so much... (^o^)

Ahh the good old times...I'm an avid Ranma/Akane shipper and I freaking love the male Ranma. He can be such a jerk at times but damn, you can not not love him. Akane too is probably one of my favs tsundere's....hahaha.

And P-Chan, oh god, Rumiko Takahashi is quite evil to leave poor P-Chan without a cure to his piggy form and his sense of direction xDD 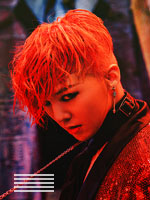 Along with Urusei Yatsura and Maison Ikkoku I've been watching a lot of episodes from all these series since September. Ranma 1/2 is an incredibly awesome series thus far. Favorite is Akane(I love my tsunderes done right). I love how perfectly in sync Megumi Hayashibara and Kappei Yamaguchi are for their role as Ranma since it had to be a little difficult.

Ranma has been a classic favorite of mine since as far back as I can remember. It actually got me into the world of anime like no other series of its time. I think Ranma was my first real exposure to Gender Bending, too. To me, it was just so magical to have a guy transform/change into the opposite gender. :3

It had some great humor about it, wackiness, and lots and lots of random moments. Kodachi's laugh still makes me cringe lol. My favorite characters would be Akane, Ryoga, Nabiki, Ukyo, Ranma (but more so Girl-Type Ranma), and Picolet Chardin II. :3

This is a series that has one of the more re-watch values of any anime, and would love to see this series remade / Completed.