Background information: Miyu is not a person. Allow me to repeat, MIYU is NOT a PERSON. She is an artificial intelligent being that is programmed to do many awesome things, like blow stuff up. She belongs to SEARRS and in the duration of the Mai HiME series, she is very loyal to Alyssa Searrs. And, she has blue hair with red eyes.

Warnings, cautions, notes, and randomness that you should know: I'm writing this analysis based on pure memory, so if there is incorrect information, let me know and I will fix it. Before reading this, you should have watched Mai HiME, or at least know all the essential details, because there will (undoubtedly) be many many spoilers. And some opinions. Okay, a lot of opinions.

My psycho-analysis: What fascinates me most about Miyu is that she is an artificial intelligent being. She's not human, by any means. She is made of metals and screws. Her "brain" is made of chips and other fundamental electrical devices. Let me tell you something that I learned as a computer engineer. Computers are retarded. They cannot handle things that are outside of their programming. They cannot make their own decisions. They will just shut down and not work. But Miyu has been created so well that she can behave and act just like a normal human being without anyone suspecting anything (save for her strange answers sometimes, like when Mai talked about the weather and Miyu was able to rant off all sorts of unneeded information).

And here's the thing that boggles me about Miyu. Androids are not meant to have emotions. They do not feel as we do. They just do what they are programmed to do. So, was Miyu programmed to love Alyssa? Or was that something that Miyu adapted to as a machine that was pushed onto Alyssa and became her... (oh, what's a good word for this?) loyal follower. Though, to be honest, I always saw them as having a sisterly bond more than leader-follower.

Miyu cares about Alyssa a lot. In fact, Alyssa seems to be about the ONLY thing she cares about. She sacrifices herself for the girl. And she feels that she cannot live without her, as proven when Joseph Greer killed Alyssa, and Miyu decided to "commit suicide" as she holds dead-Alyssa in her arms. So my question is, does Miyu care about Alyssa because it was within her programming to do so? Or did the android attain this human attribute because of Alyssa?

The computer programmer side of me says it's within the program. Practically speaking, it is impossible for a computer to do anything outside of its programming. But this is anime, isn't it? Anything is possible. I mean, it's a world where weapons materialize for teenage girls. So, thinking outside of my normal realm, I conclude this:

Miyu somehow broke her original programming limitations and attained the human attribute of "feelings". She cares about Alyssa much more than what she was programmed for. After all, Miyu was probably a billion dollar project. Maybe more. I mean, just look at how PERFECT she is as a creation of artificial intelligence. That is not something even a MILLION dollars can buy you... in this day and age.

SEARRS is not stupid. Annoying and arrogant, yes. But not stupid. They would not intentionally program something that will KILL ITSELF if it's first master died. We know Miyu could have more than one master, as implied when Midori was reviving Miyu out of her stasis. In fact, it only makes sense that they would have the forethought to program Miyu to report back to SEARRS HQ should her current master die. (I believe it was hinted at that SEARRS were trying to locate it, but I can't remember for sure.) But Miyu didn't report back to HQ. She walked into a freezing body of water with Alyssa in her arms, signaling that deep bond of "wherever you go, I go".

When Midori released Miyu from her stasis, her memory was restored because Midori believe that Miyu's love for Alyssa will lead her to "do the right thing". At the end of the anime series, Miyu activates a golden robe that needed Alyssa's confirmation in order to be released. Alyssa was technically dead and yet, she was somehow still able to release that "ultimate" mode. Personally, I think that a normal android devoid of feelings would not be able to do that. Only Miyu was able to because that was how much she cared about the blonde. Because Miyu actually FELT Alyssa's presence, leading her to receive that confirmation. And BAM! Things went boom.

My name is Dye, and I approve of Miyu's character. Because she was an awesomely-built android that made things go BOOM.

Wow... this still ended up pretty long. I did cut some things out due to length, but if you want more... I gots plenty. :D

Hahaha! Leave it to a computer engineer to pick out all the tiny details of an anime android :p haha It was good though, I actually like Miyu a little more now. 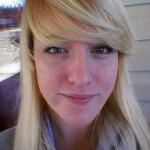 Lol. Yes, but I can also psycho-analyze people. I'll prove it.

Hmmm, how about...Tate! Anyone else would be too easy.

this was a good analisis, but tate is all about the mellons so.....

But Shizuru's all about the pussyy! :) And there's not too many other character that I like!

LOL! Melons and pussies... man, you guys are perverted.

i love you for analyzing Miyu ^^
Still.. the water thing bother me. is it the water itself that 'killed' Miyu, or did she drown herself? but then she should really breath.
but, Miyu was also in that school, and don't they also have swimming lessons? then how could Miyu survive that? 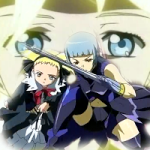 denerop wrote:i love you for analyzing Miyu ^^
Still.. the water thing bother me. is it the water itself that 'killed' Miyu, or did she drown herself? but then she should really breath.
but, Miyu was also in that school, and don't they also have swimming lessons? then how could Miyu survive that?

Here is my humble opinion:

Miyu is an android. She does not breathe. She does not need oxygen like we do. But she does need some sort of power source to keep her "alive". So there are two scenarios that could have happened to Miyu in that body of water. Ok, maybe three, but the last one seems most implausible.

One, Miyu's power source gave out and there was no way for her to recharge. Judging by how it seemed like she never needed to deliberately charge herself, I conclude that her power source absorbs energy from the sun, converting it to electrical energy in order to sustain herself. In the lake, where no sun reaches the depths, Miyu essentially "starved" herself to "death". Or maybe it wasn't the sun. Maybe it was something else. Point is, she was still starved from her power source.

Two, some overly large and vicious creature decided to make Miyu and Alyssa a meal in the waters and Miyu made the conscious decision of letting that creature hurt her. Because, like I said, she didn't see a point in living with her Alyssa-chan dead. If Alyssa died, why not follow? And that would kind of explain the bandages, though we don't actually know if they were really needed. Sunrise probably just put it there to cover Miyu's very feminine-looking and very naked body.

Three, she used one of her own weapons to kill herself. But, like I said, I think this last one is very very implausible.

And I think Miyu was made to be waterproof. That part isn't too hard, as long as they get the right material and make sure that water doesn't get into the electrical components that make Miyu run. Water itself cannot hurt Miyu. Acid, maybe. But not water.

That was very insightful, Dye. Miyu pulled a Terminator II: Judgment Day to me. Transcending her programming to understand/feel human emotion. Mainly that of Alyssa's (Miyu's John Conner. ;p )

i'd go for the first one, i dun want to believe Miyu and Alyssa were eating by a giant monster or miyu killed herself >.<

the bandages could be there because of the water hitting her body against rocks and stuff, and the way whoever did, dragged her out of the water.

Wonderful and thought-provoking. I love it. I approve of this analysis!

It's almost been half a decade but would you do Nao

Kiyohime8 wrote:It's almost been half a decade but would you do Nao

Kiyohime8 wrote:It's almost been half a decade but would you do Nao

Sure thing. Might take some time since I've got some annoying life things.

No, really, that would be awesome if Dye took the time to write it. Would you, oh concise of all my moderators? Nobody can educate the others on Nao Yuuki better than you. Even if your little fan up there claims to be the greatest Nao fan ever. XD
_________________
Mai