Well about five days ago I started re-watching through Mai-HiME, and plan to do all of Mai-Otome as well right after! I'm going through it like I do "traditionally" 4 episodes per disc per day. Before going to work today I only had time for Episode 17, but was able to do 18-20 upon returning from work. Gotta say, Episode 20 had a lot of action in it!

It scared me ... literally scared me when Mai got pissed off the way she did at Mikoto. I understand that the one closest to the HiME that gets her Child killed dies,

:
and such was the fate of Takumi in this episode,

but seeing Mikoto's confused face after Mai turned from Takumi's disappearance really made me relate with how she was feeling. I mean initially it was that Black Bird Child that Mikoto saw in the forest that she wanted to fight but in the heat of the moment she reverted her attention to Akira's Child and ended up causing Mai's Wrath to just explode all over her! DX

For some reason this Episode, and the one before it, because that's when Mai starts getting mad at Mikoto, and wants to be left alone, really hurts me. I don't like seeing Mai and Mikoto fight for an instant, it's always been that way for me. One of the biggest emphasis for me when it comes to Mai-HiME is all the friendships that are in it. Takumi and Akira, Haruka and Yukino, Shizuru and Natsuki, etc. Hearing Mikoto say that Mai was now her enemy because she was attacking her really made me feel heavy inside. It reminds me that so much can be taken away, so it's important to always appreciate what is there.

How is your rewatch coming along? I'm going to start a rewatch soon as well. The last time I rewatched HiME was in 2012 or 2013 (Otome is even further ago, lol), so it's been a while. 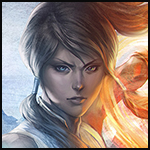 Moneypenny wrote:How is your rewatch coming along? I'm going to start a rewatch soon as well. The last time I rewatched HiME was in 2012 or 2013 (Otome is even further ago, lol), so it's been a while.

I finished everything for the Mai-Series last year. I think it was even before December if I'm not mistaken? I continue to enjoy the series every time I go to re-watch it. Except I noticed a few things that I didn't notice before, such as Arika appearing for a brief moment in the background at the end of HiME. As small as that was, it impacted me in a powerful way because before seeing an Otome character in HiME I've always completely separated the characters from each series. Arika would have been on the same Academy grounds as Mai, Mikoto, and Natsuki, while they were 'considered' HiME. All of these characters make appearances in Otome, but they are ironically considered to be Otome due to the series being n alternate verse while using the same characters. But at the end of HiME Arika would have been in the HiME-verse rather than in the alternate-verse, Mai-Otome.

I really enjoyed everything for Mai-Otome (including both OVA's) this time around. I've always kind of liked Mai-HiME a little more, and I think I still do a little bit, but Mai-Otome had a bigger impact on me last year when I watched it. Everything from Arika wanting to become a great Otome to live up to her mother's legacy, to the epic battle between Arika (as the Blue Sky Sapphire) and Nena (Who was using the materialization from the Ultimate Black Diamond) was all amazing, and ever-enjoyable to re-watch.

Since then I preordered the BD copies of the Mai-Series as well, and can't wait to re-watch the series again sometime this year in 2018! :D

I announced on Facebook and in my latest post below that I will start a Skype rewatch of the entire series (for forum and Facebook members only)! Stand by for the official date, which will be posted here on the forum, and on our Facebook groups! Hope you'll join me, ShadowMikoto!