So maybe you were just curious? Or maybe you awakened your Hime powers and either want to learn about the dreaded ORPHANs or simply learn more about your CHILD summon? Or perhaps your a powerful Summon Wizard capable of commanding any creature to fight by your side? In any event I the knowledgeable and sexy Magus Phantalus wish to give you the means to better understand the creatures of My Hime. Starting off with some of the CHILDs of the anime and moving on to other, stranger alternate realities...

A brief primer; A CHILD is simply an ORPHAN that has bonded with a Hime. Compared to their ORPHAN counterparts CHILD is much more mechanical in appearance than an ORPHAN although many CHILDs to seem to exhibit organic parts as well. Truly a CHILD is a bizarre creature. That said the differences aren't just skin deep CHILDs tend to be much more powerful than their ORPHAN counterparts exhibiting many special abilities ranging from blasts of elemental energy to creating illusions. Here we will examine the first two to make the dramatic appearance. 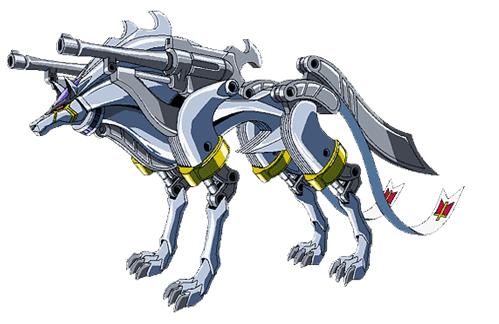 Duran the CHILD of Natsuki Kuga is the first to make its appearance. Duran is a mechanical wolf like creature who's primary strengths are its agility and ranged combat. Duran's ranged abilities allow it to fire multiple types of explosive cartridges with three known effects. The first is the devastating Chrome Cartridge which fires standard explosives. Not terribly flashy but they are practical allowing for a rapid fire barrage from a distance. The second cartridge to appear is the Silver Cartridge which upon detonation releases a volley of ice spears to impale Natsuki's foes. The ice spears are more than capable of slaying an opponent many times Duran's size in an instant making the comparatively diminutive Duran a deadly foe against stronger targets that would otherwise dismiss him. And lastly the Flash Cartridge allows Duran to unleash a blinding burst of light to incapacitate Natsuki's opponents.

Duran's power does not end there however as once Natsuki accepts Shizuru Fujino as her most important person Duran grows dramatically in size rivaling the other powerhouse CHILDs. Duran also becomes able to match Kiyohime, who was in turn capable of matching Kagutsuchi in physical combat, truly an impressive feat. 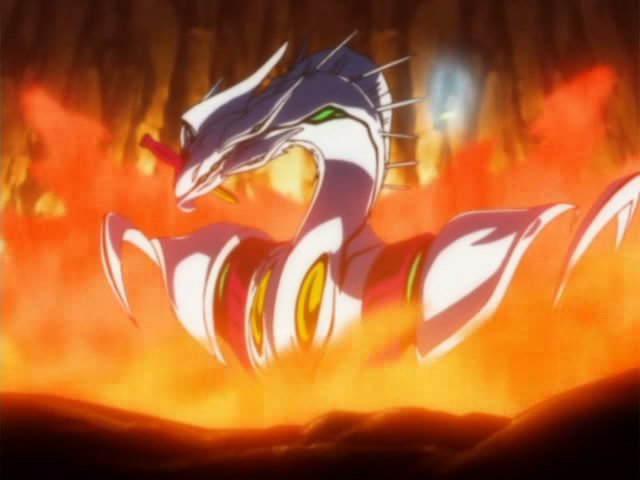 The second CHILD to appear is Kagutsuchi Mai Tokiha's devastating dragon. Without a doubt Kagutsuchi is the most powerful CHILD within the anime. Capable of unleashing immense burst of flame than can scar an entire mountain or fire off focused lasers to attack more nimble targets. Physically Kagutsuchi is just as devastating as its size would suggest although CHILDs of equal size can pressure or even overwhelm the dragon such as Kiyohime and Miroku. When the sword of the Obsidian Lord is removed from Kagutsuchi's head the dragon's power increases even more, it becomes able to incinerate Miroku in a single blast when the demonic CHILD was otherwise capable of deflecting Kagutsuchi's blasts.

On top of this Kagutsuchi is able to, at least briefly take on a sleeker form capable of space travel. Kagutsuchi's biggest weakness' are that its size can make it clumsy in close quarters combat and its ultimate blast does take time to charge up to full power. Although when working in tandem with Mai and her ability to create force fields and provide support few can take advantage of these weakness'.

On a related note to my knowledge Kagutsuchi's ultimate blast is unnamed. I submit the name Hellflare that the extradimensional dragon Areonite from Lighting Returns uses due to their similar appearance. 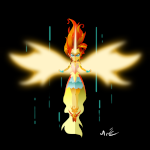